Experiential Marketing and Gaming: The State of Play

As of this writing, we are heading into 18 months under COVID-19 conditions.

With so many people keeping at home through waves of lockdowns, it’s no surprise that gaming is still on the rise as quarantines have created new fans. There have been multiple, well-documented success stories in the industry.

Animal Crossing: New Horizons had sold over 33m copies as of September 2021 and dominated most the previous year.

Call of Duty: Modern Warfare is rumored to have exceeded 30m units and seems poised to continue to dominate with the ongoing success of Call of Duty: Warzone. 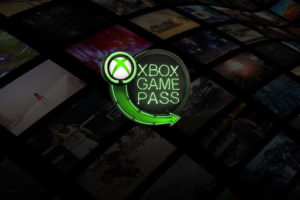 Xbox Game Pass subscribers topped 23 million in April 2021 – representing over a 200% increase in just 12 months. Nintendo Switch units became scarce – mostly due to the incredible success of Animal Crossing – and if you’re one of the many who tried in vain to get the next-gen Xbox or PlayStation consoles, you already know of the pent up demand for new gaming experiences.

All this success is in spite of the fact that for many brands, outreach to customers has been severely interrupted. Traditional channels like broadcast & OOH have suffered. In-person experiential marketing has become non-existent or impossible in many markets. While digital is the only channel that is seeing increases, it has not risen to the promise of fulfilling one of the biggest needs when reaching many gaming consumers: engagement.

A community that is used to continuous engagement via live events, trade shows and local meetups has been left with few opportunities. What are we as brand marketers doing to reach them and make them feel valued? For all the effort to “pivot to virtual” that has occurred the last year and half, there’s been little manifested success on the engagement front. The million views for a “live” stream may mean that the message got out to the audience – no small feat – but it doesn’t guarantee there was any engagement or connection between brand and consumer. Is a webinar really the best we can do? The all-out cancellation of the world’s premier event for computer and video games and related products (E3) the past two years left a vacancy that made the situation even more difficult. Several entities jumped in to fill the void. From IGN’s Summer of Gaming and GameSpot’s Play for All, to Geoff Keighley’s Summer Game Fest, fans were treated to a series of online events that began in May and continues into the Autumn.

So while there was certainly no shortage of communication, for the most part these were pre-recorded showcases of varying production values, some hosted in a studio and some at home via webcam. But, by nature, these were mostly one-way communications. Again, great for getting the information across but lacking interactivity.

“This year’s series of digital events have been prolonged, messy, complicated and inconsistent,…it’s been almost impossible to keep track of it all.  There’s no single online equivalent to the Los Angeles Convention Center. There are dozens of them.” – Christopher Dring, Head of Games B2B, GamesIndtustry.biz One bright spot was Devolver Digital’s first-person “marketing simulator” which was released on the digital distribution service Steam.

In Devolverland Expo, attendees made their way through an abandoned Los Angeles Convention Center to unlock trailers, demos and other surprises. It was an interactive and fun way to market an interactive product maintaining a “Very Positive” score from the fans.

Some brands also capitalized on elements to heighten the FOMO aspects of their event. After all, one of gaming’s appeals is getting that shared experience. Create an urgency to watch “live” during the original broadcast and not wait to catch it on-demand. Electronic Arts (EA) recognized this and challenged viewers to gather clues throughout their EA Play Live event in return for download codes.

The demand for engagement is there and should not be ignored. Look no further than the recent San Diego Comic-Con online event Comic-Con@Home for a cautionary tale.

Conversations about SDCC 2020 were down 95% on Twitter. Pre-recorded panels averaged 15,000 viewers. The main culprit: no interaction, and SDCC 2021 didn’t fare much better. Compare that to Zack Snyder’s live (yes, actually LIVE) panel that streamed the same weekend as part of Justice Con. Snyder’s panel included almost an hour of Q&A and logged over 260,000 views.

We have to remember that we have an audience that loves interactive media. We cannot deliver inactive media to try and build hype.

• Gaming is inherently interactive and community based.

• During this digital-only time, product announcements and brand communications should consider the audience; don’t just check the box.

• Capitalize on FOMO by rewarding fans who participate in live streams. COMMUNITY IS THE LIFEBLOOD

How do you keep the community not only going, but growing? One simple step is to have purposeful/focused continuous and surprising engagements. The Nintendo Direct format was established well before COVID lockdowns and is the place where fans turn for the latest information and can generally count on a surprise drop or two. Planned as a one-off, Ubisoft has now created several Ubisoft Forward showcases this year and seems to be a format that is likely to continue. Ubisoft fans who watched while logged into their Ubisoft accounts were rewarded with in-game drops during the broadcast. These brands are building a connection with the community that includes a loose schedule (or promise of one) for continuous communication.

Community is also not a “one size fits all.” A recent report from Stylus showed 43% of under-30s in the US feel that large social networks like Facebook and Instagram have “too many people” on them. 41% of consumers believe brands should create private groups for them on Facebook. (Stylus) A great example of this can be found with the Burning Man community. The organizers of Burning Man launched a proprietary platform, Kindling, to keep their community connected including their version of a multiverse that was “live” during the usual Burning Man dates.

When you have games as huge as Animal Crossing out there, the demographic is also all over the place. Niche or “micro” communities should be acknowledged and validated. Half of under-30s feel safe in smaller communities.

GPJ collaborated with the esports team at Capcom to create an online series bringing in professionals from all aspects of esports and the Fighting Game Community (FGC.)

The content in these episodes ranged from tips on how to improve your Street Fighter V skills to insights on professional avenues to pursue in esports. Interactivity with live Q&A and polling provided direction for a lot of the content discussed in the series and the conversations continued on Twitter.

The GDC 2020 Summer virtual show did a terrific job curating quality interactions. In addition to polls, chat boxes and Q&A, peer-to-peer connections were limited to attendees who had been in the same sessions, which created a hyper-relevant, non-obtrusive way to connect with peers and generate leads.

Some community managers now use Discord (a VoIP, instant messaging and digital distribution platform) servers and create channels within them to reach different audiences for the same brand. Call it “specialism.” Outside of gaming, Jose Cuervo recently set up a series of virtual parties in Discord, and held challenges, provided interactions with celebrities and gave out prizes including chat time with celebrities. As new and existing technologies evolve out of demand, the need to get (pre-release) games into the hands of our community is becoming a smaller hurdle to overcome. We’ve seen some decent virtual solutions pop-up – from limited time demos of pre-release games on Steam and Xbox One to granting access to official betas through PlayStation.

With 2020 and many of 2021’s forced remote presentations, it also became clear that some of the key visual benefits of new technologies were difficult to share with virtual audiences. 4K HDR video at 60fps isn’t easily pushed around the internet, with most streaming platforms topping out at 1080 SDR.  Compounding the issue, a low percentage of people have a suitable internet connection and the screen to view 4K or HDR.

All of these issues might feel familiar if you’re a customer of the many game streaming services (Google Stadia, Microsoft Cloud Gaming, Amazon Luna, etc.). Hopefully these issues will be addressed in the coming year(s), making it easier for the industry to better merge the virtual worlds into the physical and vice versa.

• Create space for demographics to self select into micro-communities.

• Technology changes. What was impossible yesterday may be possible today.

Last year was full of dashed plans, schedules compressed and the word “pivot” being overused to the point of parody. Many brands played the waiting game. But now we are at the point where inaction is an action in itself.

This is the time most of us are firming up budgets and marketing plans. We’d be starting to look at E3 space right about now if this were a “normal” time. While third party events may not have clear roadmaps, you can still take things into your own hands. 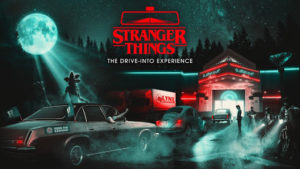 Virtually, last summer we witnessed organic gatherings within Animal Crossing: New Horizons and Red Dead Redemption 2, as well as more purposeful “metaverses” like Fornite’s Party Royale social space and Facebook Horizon come to fruition. The demand for communities to gather and flourish is there.

For digital-only or hybrid experiences, you now have the lead time to develop that interactivity and participation to make the community engagement central to your event. The new year will see more livestreams demanding more time and attention from our gaming audience. We should be standing out with memorable and lasting experiences. This industry and audience are known for being early adopters of interactive media. Whether it’s in-person, purely digital or something in-between, let’s give them interactive marketing worth their time and your investment.

• There are some physical events happening currently that are safe and fun; it’s worth exploring.

• Don’t be afraid of pushing/pulling audiences between the virtual worlds and physical spaces to create a more unified, legitimate experience.

• Communities are gathering online – engage with them where they are.

• This is a time to plan, strategize, and act – preparing for hybrid events and a continuation of digital engagement in concert with live events. Bring your agency partner in to help with portfolio planning.

(For a downloadable version of this report, click HERE.)

We use cookies on our website to give you the most relevant experience by remembering your preferences and repeat visits. By clicking “Accept”, you consent to the use of ALL the cookies.
Cookie settingsACCEPT
Manage Consent

This website uses cookies to improve your experience while you navigate through the website. Out of these, the cookies that are categorized as necessary are stored on your browser as they are essential for the working of basic functionalities of the website. We also use third-party cookies that help us analyze and understand how you use this website. These cookies will be stored in your browser only with your consent. You also have the option to opt-out of these cookies. But opting out of some of these cookies may affect your browsing experience.
Necessary Always Enabled

Analytical cookies are used to understand how visitors interact with the website. These cookies help provide information on metrics the number of visitors, bounce rate, traffic source, etc.