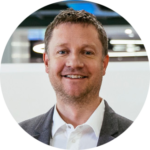 For centuries the process of ‘the sale’ has been facilitated by the power of a face-to-face moment. It’s proved a lot harder in a ‘virtual,’ or online environment. Here are 10 ways which may help redress the balance.

An exit strategy, or process, is a founding principle to contracts, whether that be a flat let, a lease of a car, or even your Netflix contract.

They are fundamental at in-person live events too, for example, by clearly marking an exit in case of an emergency. It’s not because we want people to leave, it’s so that people know they can, easily, or clearly. The point being it creates an atmosphere of reassurance and commitment. Either consciously or unconsciously. Creating the headspace to focus on more important things.

Imagine sitting on a plane, not just currently, I mean under normal conditions, with the seat belt lights on, the engines fired up and you begin to rumble down the runway, the air cabin crew shouts over the tannoy – “meh, exits? When do we ever use those?” A sudden anxious feeling ensues.

Communicating the facilitation and reassurance of an exit can help retention within a networking environment.

Other principles for success are ones beloved by every planner and strategist from cravat wearing ranconteurs to performance focused Knights of the Realm. Nudge Theory, making small shifts in behaviour and Marginal Gains, positively compounding small improvements.

The following list is not exhaustive. But following the guidance of the principles above here are ten ways which are sure to contribute towards the success of your networking and sales conversion efforts:

Overall, my advice is never forget about the core tenets of human behaviour.

It may not be possible to recreate the exact same experience online. That’s okay, focus on the things you can control and create the best results for the environment you’re using.

Don’t try and recreate the elements of an in-person event online that will just not be effective. Recognise and respect the differences.

It’s Hybrid next. I hope your audience segmentation and profiling is up to scratch.

We use cookies on our website to give you the most relevant experience by remembering your preferences and repeat visits. By clicking “Accept”, you consent to the use of ALL the cookies.
Cookie settingsACCEPT
Manage Consent

This website uses cookies to improve your experience while you navigate through the website. Out of these, the cookies that are categorized as necessary are stored on your browser as they are essential for the working of basic functionalities of the website. We also use third-party cookies that help us analyze and understand how you use this website. These cookies will be stored in your browser only with your consent. You also have the option to opt-out of these cookies. But opting out of some of these cookies may affect your browsing experience.
Necessary Always Enabled

Analytical cookies are used to understand how visitors interact with the website. These cookies help provide information on metrics the number of visitors, bounce rate, traffic source, etc.